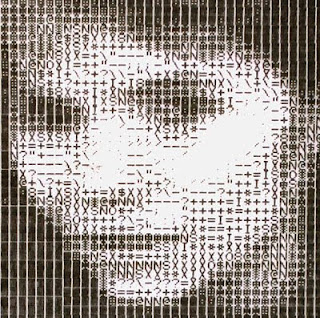 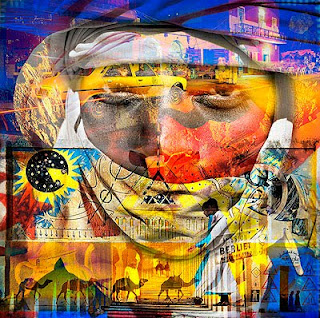 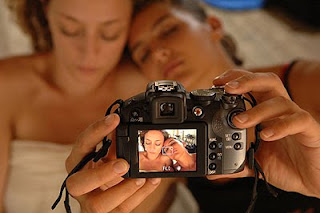 It was in the 1970s that electronic technology began to appear in photo cameras. Then came film-less cameras recording non-digital images on a kind of "still" video. Finally, in 1975, Steven J. Sasson invented the first digital camera using a Fairchild CCD sensor.
Nowadays we even use ordinary cellphones to take pictures, so is there anybody who can remember the first digital cameras with their heavy electronic devices lugged around in a rucksack? Who recalls the first digital transmission equipment, which so radically transformed the work of the press?
Although such a very recent invention, digital photography does have what one may call a history. However, it has moved ahead at such a tremendous pace and in such a spectacular way that most people have forgotten how it really started. Our exhibition shows the beginnings of this revolutionary technology as well as hybrid techniques, from silver film to digital, and the very first digital cameras. These seem amazingly archaic now and in fact most have already disappeared. The display recounts the story of digital imaging, from its birth to its multitude of current forms and, in collaboration with the Audiovisual Communications Laboratory of the Faculty of Informatics and Communications of the EPFL (Lausanne), speculates on what is likely to happen in the very close future.
Δεν υπάρχουν σχόλια: 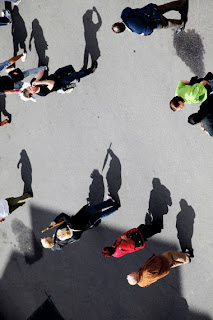 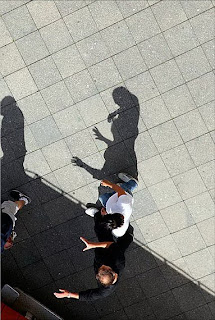 
JULIA KISSINA. SHADOWS CAST PEOPLE
POBEDA Gallery is proud to present new series of Julia Kissina “Shadows cast people”.
The project was shown at Paris Photo, VOLTA6 and will be a part of Pobeda Gallery presentation at ART-MOSCOW art fair.
Julia Kissina’s new photographic series Shadows Cast People is built on a single device: at one and the same time, namely on a sunny afternoon at five or six p.m., from one and the same point, usually a balcony, a street scene is photographed. Sometimes it is a random passer-by and sometimes crowds of people that have gathered for a celebration. Some of the pictures produce slight vertigo in the beholder, for they are explicitly reversed. But this formal simplicity indeed makes sense: while looking at the series, you become dependent on this new world, the black protagonists of which – massive, eccentric, overtly sinister at times – have completely done away with their corporeal descent. To think of it, the fatal pair “man and his shadow” is not simply inverted. There is something more to it. It is the main term “man” that disappears from this identification with its incontestable accent on the human being. The shadow loses its basis, its privileged source. And a real street shadow theater commences. The spectral life of a person’s doubles turns out to be surprisingly dense, expressive and organized. The very appearance of shadows assumes various forms – sometimes an unexpected monumentality, which the flattened prototype is lacking, sometimes eccentricity ranging from gargouilles to the participants of an improvised circus show, sometimes the mechanism of everyday activities laid bare before the viewer. It is true that the series’ effect is revelatory. The viewer seems to occupy two levels simultaneously. First of all, he or she is allowed to follow the development of a full-fledged plot: in one of the images someone has raised his dagger or blade (the magical transformation of a simple umbrella or cane), in another an extremely long arm is stretched out (a passer-by is engaged in handing out leaflets), in a third we see a pair of arms resembling branches, and of course they are raised with a reason… Centaurs and guardsmen appear on the stage, at some point enter executioner and unidentified character in livery. Don’t lose your attention! But this theater reminiscent of optical toys and the time anterior to cinema is not enchanting by itself. Having discarded man, having literally cast him aside, it still remains supplementary to the source that it suppressed. For the theater is born in the very heart of the everyday, and its backdrop, if one is to slightly readjust one’s vision, is the ordinary flagstone urban sidewalk. The shadow theater that has secretly taken shelter in the rays of the afternoon sun tells the phantasmagoria of banality itself. It is the invisible side of our existence that no one cancelled, to be sure. In order that this dimension, this distance from the self be discovered at the site of greatest intimacy, it is necessary to equip oneself with one of those devices that grasp but also mediate everyday experience. The camera helps Julia Kissina to reveal the subtlest mechanism – that of the spectral in the everyday. 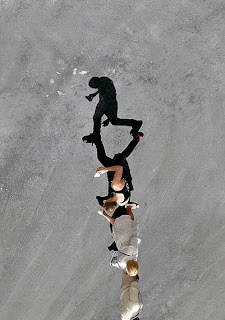 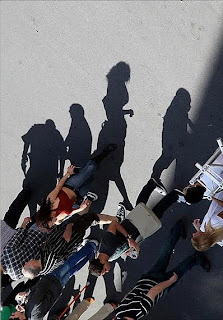